The Edmund Fusco Contemporary Issues Forum brings outstanding scholars, leaders, and policy-makers to the UConn campus to share their knowledge and perspectives with the community.

The program is sponsored by the Fusco family of New Haven, who created the contemporary issues forum at UConn through a philanthropic gift to celebrate their family's 90th year in business, as well as the 90th birthday of Edmund Fusco. Through these forums, members of the UConn community are given the opportunity to challenge and expand their views on topics of profound and lasting influence. Community involvement is also integral; businesses and individuals are able to financially support this endeavor through multi-level sponsorship. 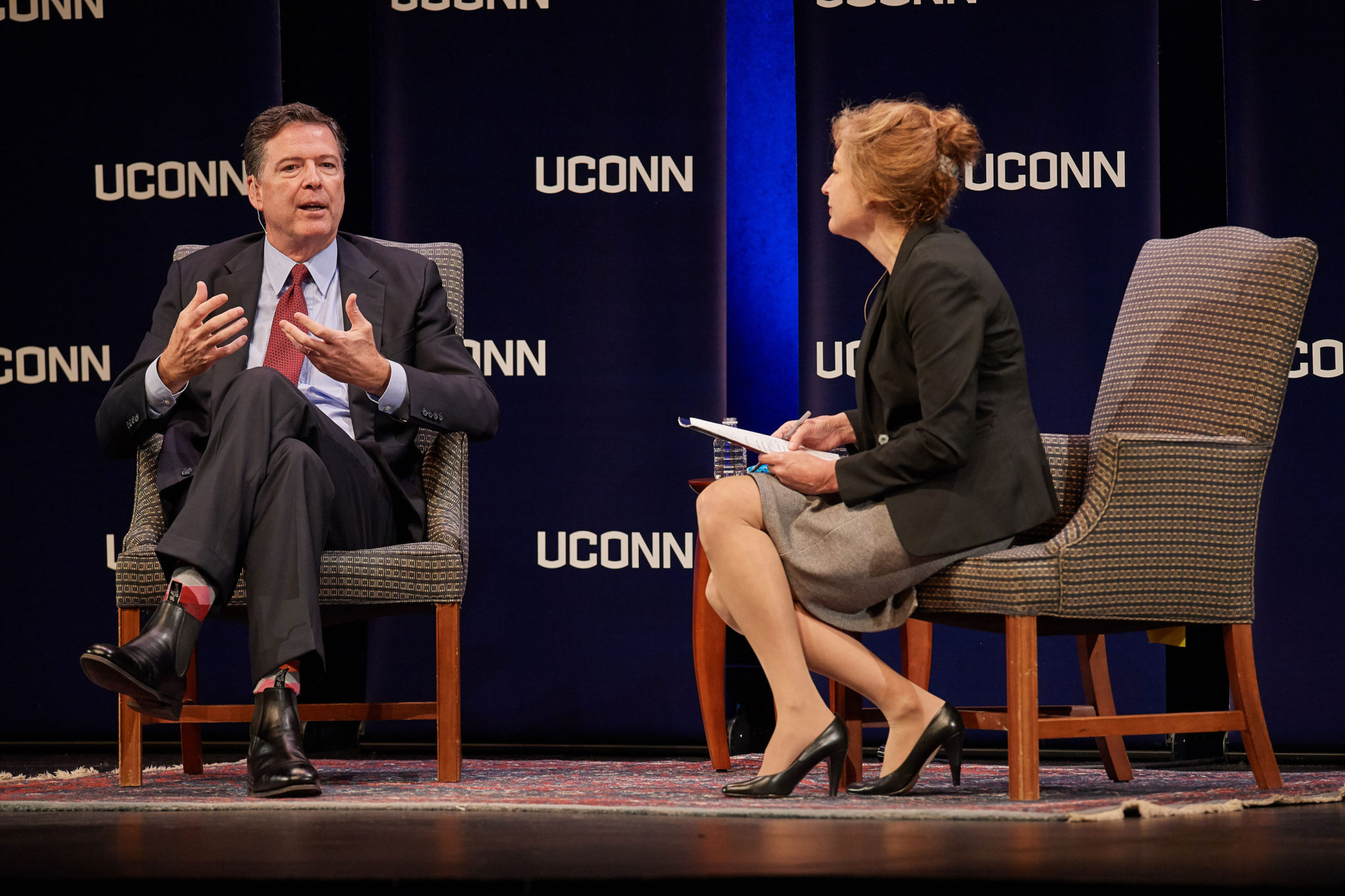 James Comey led the Federal Bureau of Investigation from 2013 to 2017, appointed to the post by President Barack Obama. His tenure was tested by new forces within and outside America's borders. He oversaw the federal response to mass shootings in San Bernardino in December 2015 and at Pulse nightclub in Orlando the following June, at the time the deadliest in the country's history. He also worked to address key leadership, agility, and diversity issues within the Bureau.

In his new book,Â A Higher Loyalty - Truth, Lies, and Leadership, he shares never-before-told experiences from some of the highest-stakes situations of his career in the past two decades of American government, exploring what good, ethical leadership looks like, and how it drives sound decisions.

Prior to his service at the FBI, Comey worked as a federal prosecutor in New York and Virginia as well as U.S. attorney for the Southern District of New York and the U.S. deputy attorney general in the administration of President George W. Bush. In the private sector, he has worked at law firms and as the general counsel of Lockheed Martin, the world's largest defense contractor, and Bridgewater Associates, the world's largest hedge fund.

Comey is the 2017-2018 Gwendolyn S. and Colbert I. King Endowed Chair in Public Policy at Howard University. He has been an adjunct professor at the University of Richmond School of Law and a Hertog Fellow in National Security Law at Columbia Law School.